I'm not going to give up the fight!

I'm not going to give up the fight!

After the deaths of three family members, Tanya Hurt was trapped in the throes of depression. 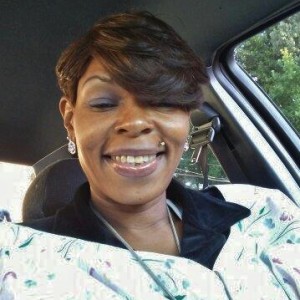 She felt the Lord leading her to leave her hometown of Cincinnati and seek change. With no idea where they might end up, she and her husband loaded the youngest four of their eight children into their car, packed everything they could fit into a U-Haul and began driving south.

"I got on my hands and knees and asked the Lord to guide me," she said. "I didn't know where I was going."

Hurt's long journey down I-75 ended in Atlanta, but she didn't find the change she had been hoping for. Instead she found was more pain: Her family was now homeless.

The Hurt family bounced from hotel to hotel, but eventually their money ran out. With no support system and no resources, they were out of options. The family's only hope of having a roof over their heads was to find a family shelter.

Their search for refuge brought them to the Elizabeth Inn at MUST Ministries, the only local shelter that might be able to house a family as large as hers.

When she arrived, though, intake was closed for the day. She was too late. It seemed her hopes were dashed.

When Tanya came back early the next day to try again, she learned a family had just left the program and space was available for her and all her children. Had she come earlier or later than she did, there likely would not have room.

Hurt remained at the Elizabeth Inn for several weeks, slowly regaining stability while receiving the mental and emotional support she sorely needed. She learned that a better life was not only within her reach, but she held it in her hands.

"The staff showed me that I'm not supposed to depend on anybody to get where I need to be," she said. "I must put more effort into myself to get myself out of my current situation."

Hurt said she has a multitude of people at MUST to thank for how far she's come, and that even today, she thinks of MUST as a friend she was able to go to when she had no one else.

"When I go to MUST, my face is recognized and I know I'm not alone," she said.

Today, the Hurt family is back on its feet, regaining self-sufficiency. Her husband is employed at a local bakery, her children are in the process of becoming enrolled in school and the family has a place to call home.

Although her life is still a struggle at times, Hurt knows it's worth it.

"I'm not going to give up the fight."

Read more about helping people in our community: